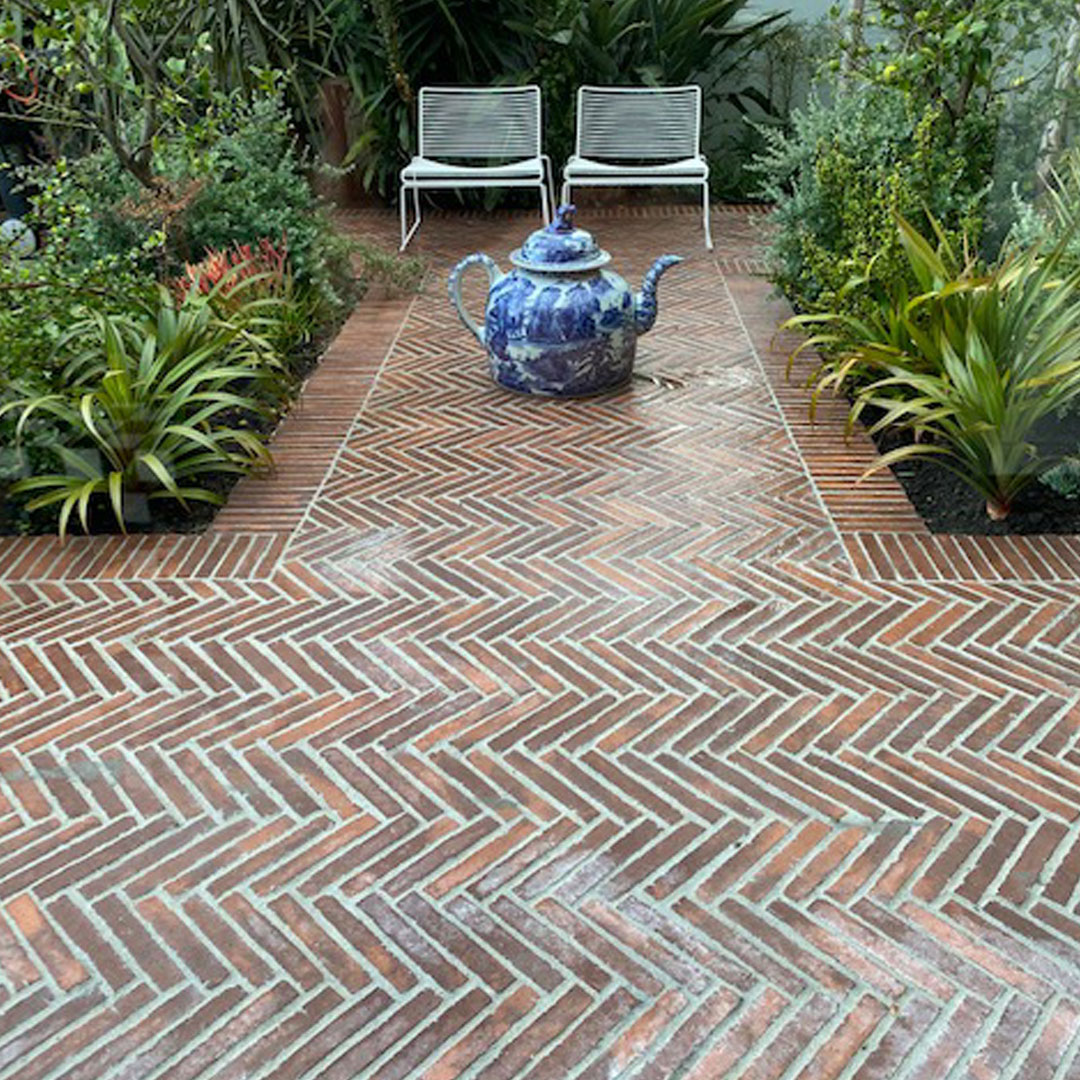 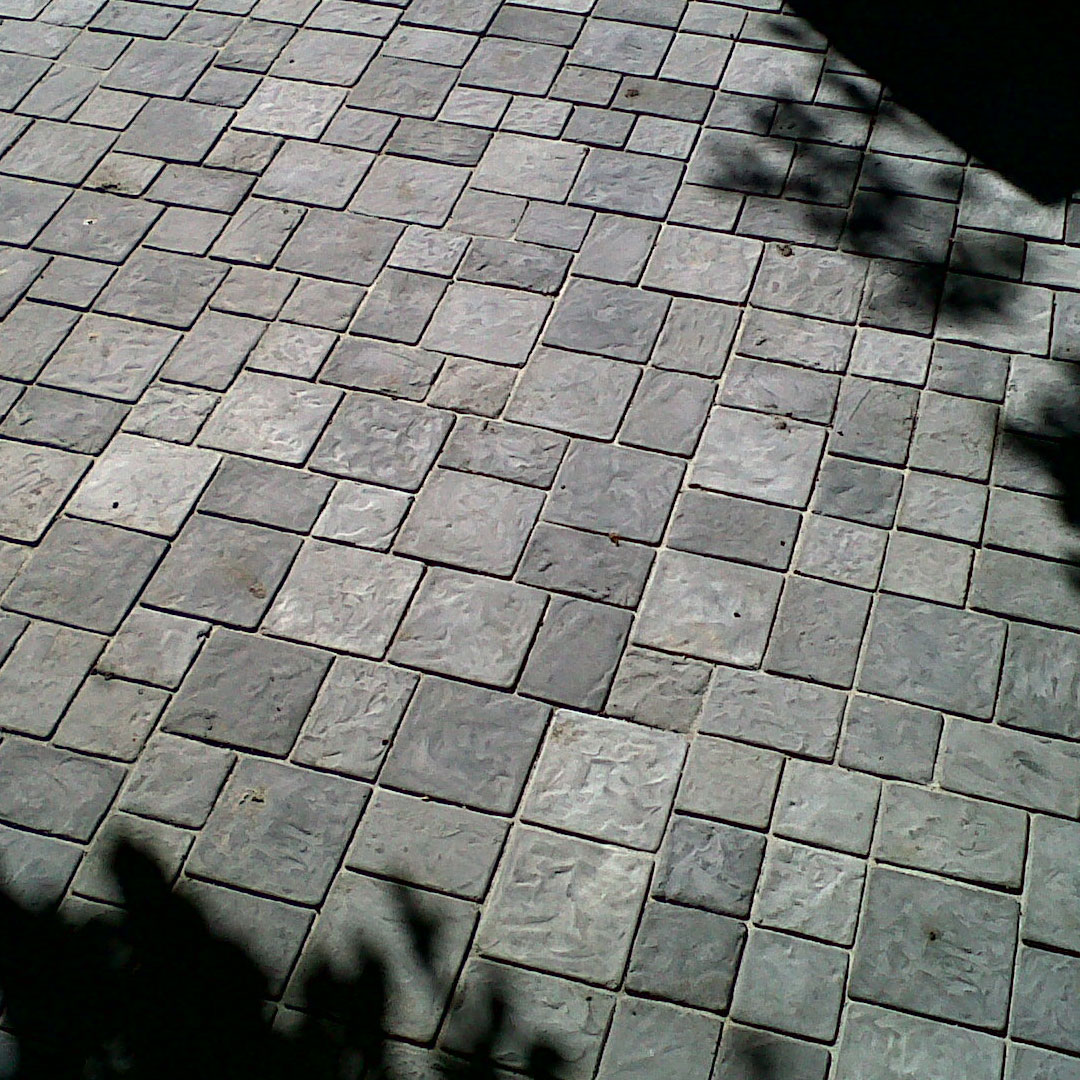 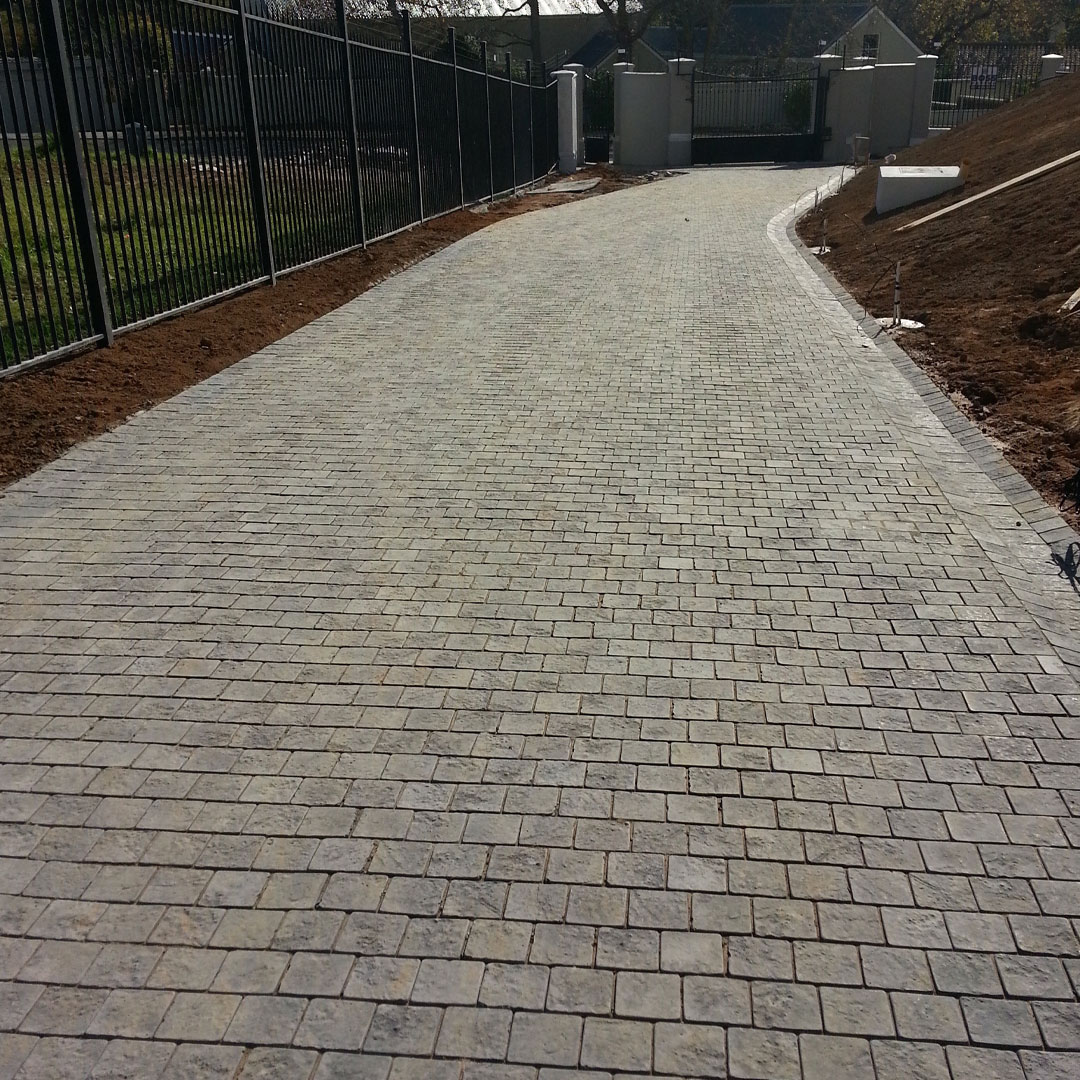 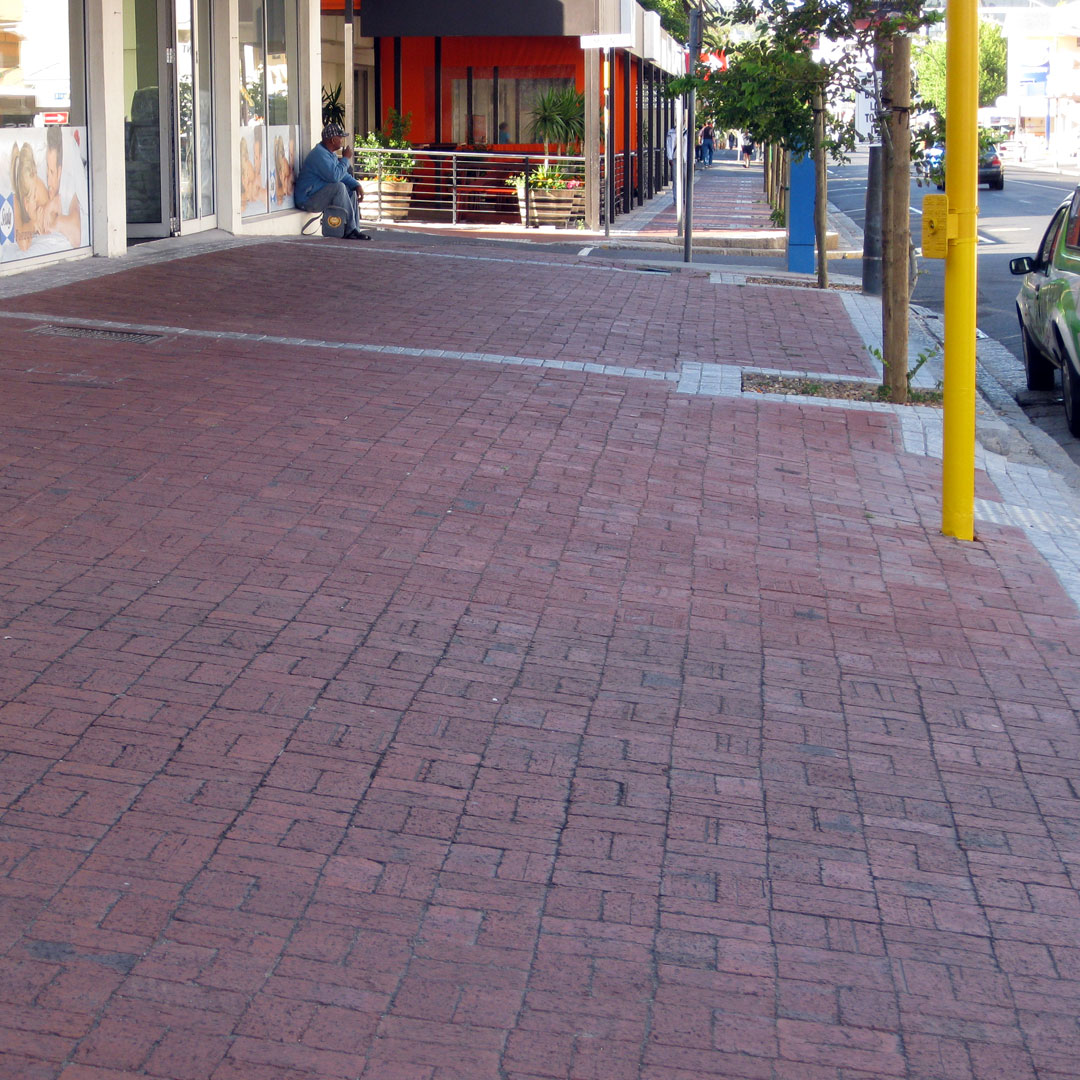 The history of segmental paving is largely concerned with urban streets. In medieval times the streets served as sewers as well as for access.

The stench of these streets let to a need that they be paved as much to facilitate drainage as to enable pedestrian and vehicle movements. The design and construction of these pavements required skill to ensure proper drainage. In Europe, Guilds of Master Paviors emerged. These established monopolies on paving and set up a craft hierarchy of Master, journeyman and apprentice paviors. Remnants of this once extensive craft still survive in countries such as the Netherlands.

Much of the craft of the pavior was concerned with the road surface and it was only with increase in the weights and numbers of vehicles and with the advent of the municipal engineer that attention became focused on the requirements of the underlying base and sub-base. For convenience, the development of small-element surfacing is considered first.

The evolution of the substructure is considered subsequently.

Historically, four types of small-element surfacing have been used to pave urban areas. In order of descending cost these have comprised:

Each type of surfacing is now considered in detail.

Stone-sett pavements, early city pavements were laid in cobblestones, typically 100 to 150 mm in diameter, collected from river beds. These were laid in a layer of coarse sand which also used to fill joints. Where cobblestones were unavailable cyclopean pavements were sometimes constructed. Here quarried stones trimmed in rectangular, pentagonal or hexagonal shapes were used. Both the cobblestones and cyclopean pavements provided a very rough uneven surface and, by the eighteenth century, began to be displaced by pavements laid in stone setts. These setts were usually quarried from granite although, in America, basalt, sandstone and even limestone was used.

Wood-Block pavements from the early nineteenth century wooden blocks were often used as an alternative to stone setts especially where it was desired to reduce the noise from steel wheels and horses’ hooves. Generally the blocks were 122 to 250 mm long and 75 to 100 mm square although in some early wood-block pavements in America round blocks were used.

Brick Pavements.  There are reports of brick pavements having been used for at least 5000 years. The earliest evidence of such pavements comes from Mesopotamia. Here, because of lack of local stone, pavements were surfaced with bricks.

In the USA, as in Europe, the selection of brick thickness was largely empirical. In the American mid-west experience showed that brick thicknesses as little as 60 mm could successfully withstand motor vehicles. To verify this, accelerated trafficking tests were initiated in 1926 by the Bureau of Public Roads. Here the objective was toe examine the feasibility of using brick thicknesses of 75 mm or less.

As in the case of stone setts, bricks were generally installed on a sand bed placed either directly on the sub grade or on a broken stone base. The joints were filled with sand or, more commonly, with a bituminous material applied hot. As an alternative to this, trials using premoulded expansion strips to seal the joints were made in the USA but do not appear to have been successful.

The principal problem associated with brick pavements was their propensity to surface damage. This was manifest as cracking and cobbling pavers. In an attempt to strengthen brick pavements experiments were conducted in Holland and America whereby both transverse and longitudinal steel reinforcement was laid in joints which were then mortared.

Tests conducted in Illinois in the 1930s showed such pavements could carry heavy traffic with little or no maintenance. A more conventional approach was developed in Hungary. Here very high-quality paving bricks were made from clay with a high lime content which was molded in steel forms under high pressure and fired at high temperatures.

This process yielded bricks with strengths similar to basalt setts and enabled pavement lives of about 30 years under traffic to be achieved. However, in general, brick pavements normally had an effective life of less than 20 years.

Here the blocks comprise a mixture of sand, aggregate and bitumen. The hardness of the bitumen was found to be crucial to pavement performance. Hard grades of bitumen led to cobbling of the blocks in a manner similar to that observed in stone and brick pavers whilst the use of soft grades led to the disappearance of the joints and to deformations in the pavement.

Much of the development of concrete pavers occurred in Germany. The first concrete blocks were manufactured at the end of the nineteenth century and several patents were issued before World War I. It was quickly recognized that the concrete pavers provided better uniformity than the stone setts and that they obviated the need to dress any of the faces of the block before laying.

Moreover, by the 1930s, compressive strengths of 1000 MPa were being achieved. The first significant test of concrete brick paving appears to have been at Neuss in 1936. Here rectangular units 240 x 120 x 80 mm were successfully tested under heavy traffic. However, prior to World War II concrete pavers were seen largely as a substitute for stone setts.

The main impacts for the development of concrete brick paving occurred in post war Holland. In the 1950s there was a substantial growth in the Dutch population. This, coupled with the needs of war damage reconstruction, resulted in a large increase in the demand for new houses. This led to a shortage in bricks and brick manufactures switched much of their production from expensive pavers were reluctantly accepted as a substitute for bricks.

These blocks were manufactured in the same rectangular formats as the brick pavers. Initially the bricks and blocks had similar costs but increasing mechanization and a lower energy consumption in the concrete block manufacturing industry eventually led to blocks being produced at just 40 per cent of the cost of bricks.

As noted above, concrete pavers were originally developed as a substitute for bricks or stone setts. Indeed this is reflected in the terminology still used in Europe and America where the product is known as concrete roadstones. From the 1950s onwards there was a steady evolution in block shape. At first the blocks merely imitated the stone sets or bricks for which they were to substitute.

Here the formats and dimensions of the blocks were identical to the existing setts and bricks. The only engineering advantages of the blocks over other types of paver lay in the costs and dimensional consistency of the units. In the second stage of evolution the block shape began to be refined so that each unit could key into its neighbors, ie. Dentated shapes became available. The dentated geometry of the blocks meant that they were self-locating. Moreover, the close dimensional tolerances meant that the joint widths could be accurately controlled without the use of lugs.

The denated blocks still largely retained the length/breadth/thickness modules that had been established for stone or brick. However, in the final state of evolution innovatory block shapes were introduced that had little or no resemblance to earlier forms of small-element paving. Rather, new shapes were chosen both to optimize performance under traffic and to facilitate mechanized block laying.

In a technical sense the evolution of shaped blocks served to differentiate concrete pavers from all earlier forms of segmental paving. Moreover, the introduction of shaped units also acted as a market stimulus. In this respect there was a rapid proliferation of proprietary paving systems until, by the late 1970s, at least 200 systems were being marketed. Intensive competition between the various systems coupled with reductions in production costs achieved by increased mechanization proved beneficial to the development of the German paving market. By the early 1980s, an annual production in excess of 45 million square metres had been achieved of which about 66 per cent was used in trafficked pavements. Similar growths in the use of concrete brick paving occurred in many other European countries including, notably, the Netherlands. In 1984 the per-capita use of concrete blocks in Europe ranged between 0.5 an 1.4 square metres per annum.

Not only was concrete brick paving more cost-effective than other small-element pavers but the emergence of a variety of proprietary shaped units made concrete brick paving much more versatile than any of the earlier forms of segmental pavement. This made it inevitable that the use of concrete brick paving was firmly established in Central and South America and in South Africa, and during the 1970s was introduced to Britain, Canada, the USA, Australia, New Zealand and Japan. More recently the use of brick paving has spread to the Middle-East and Asia. Most of these areas have experienced a strong sustained growth in the paving market.